In Germany, the worldwide Pictures4Peace project collects children’s drawings from all over the world as a sign of support for Ukraine and to provide further psychological assistance to Ukrainian refugee children. Dozens of children have already emphasized with the help of brushes and pencils that Ukraine is a peaceful country that needs the support and help of the world community in the fight against russian aggression and wants to live in a free and peaceful country. 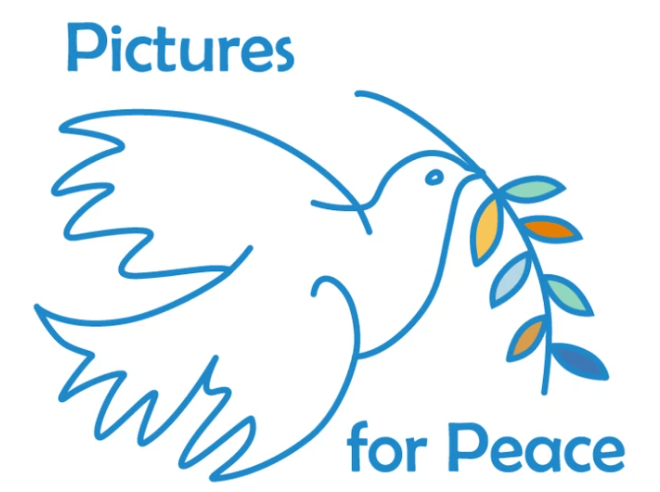 The charity project Pictures4Peace is made to call on all countries to support Ukraine and for peace.

The initiators and partners are the KIM Institute (Germany), the association of psychologists from Germany engaged in the psychological rehabilitation of children, the Ukrainian public organization PRess Association UA, as well as the leading world and Ukrainian media.

Pictures for Peace started as a partnership project of the Joyful Learning School in Sunyana (Ghana/Africa) with the partner primary school Emen/Mörse in Wolfsburg. From March 11, 2022, students have been drawing and presenting “Pictures of Peace ” at exhibitions dedicated to peace and on the websites of their schools. This is their reaction to the russian aggression that began in Ukraine on February 24, 2022.є 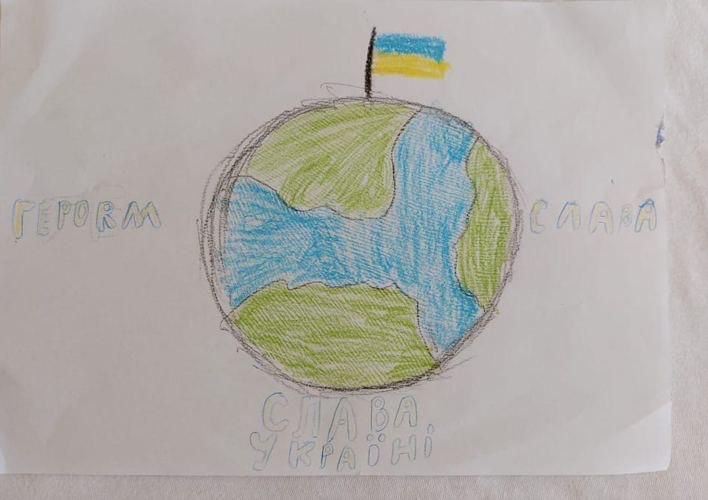 Currently, schools and educational institutions from Africa, America, Europe, Ukraine, occupied territories, and even children from Iran and Yemen participate in the project. Children from all over the world are calling to support Ukraine and stop the war with joint efforts.

The main goal of the project is to illustrate the vision of peace through children’s eyes and to call all countries to unite for peace from children’s mouths. In addition, the project is aimed at collecting funds for further psychological assistance to Ukrainian children affected by the war. 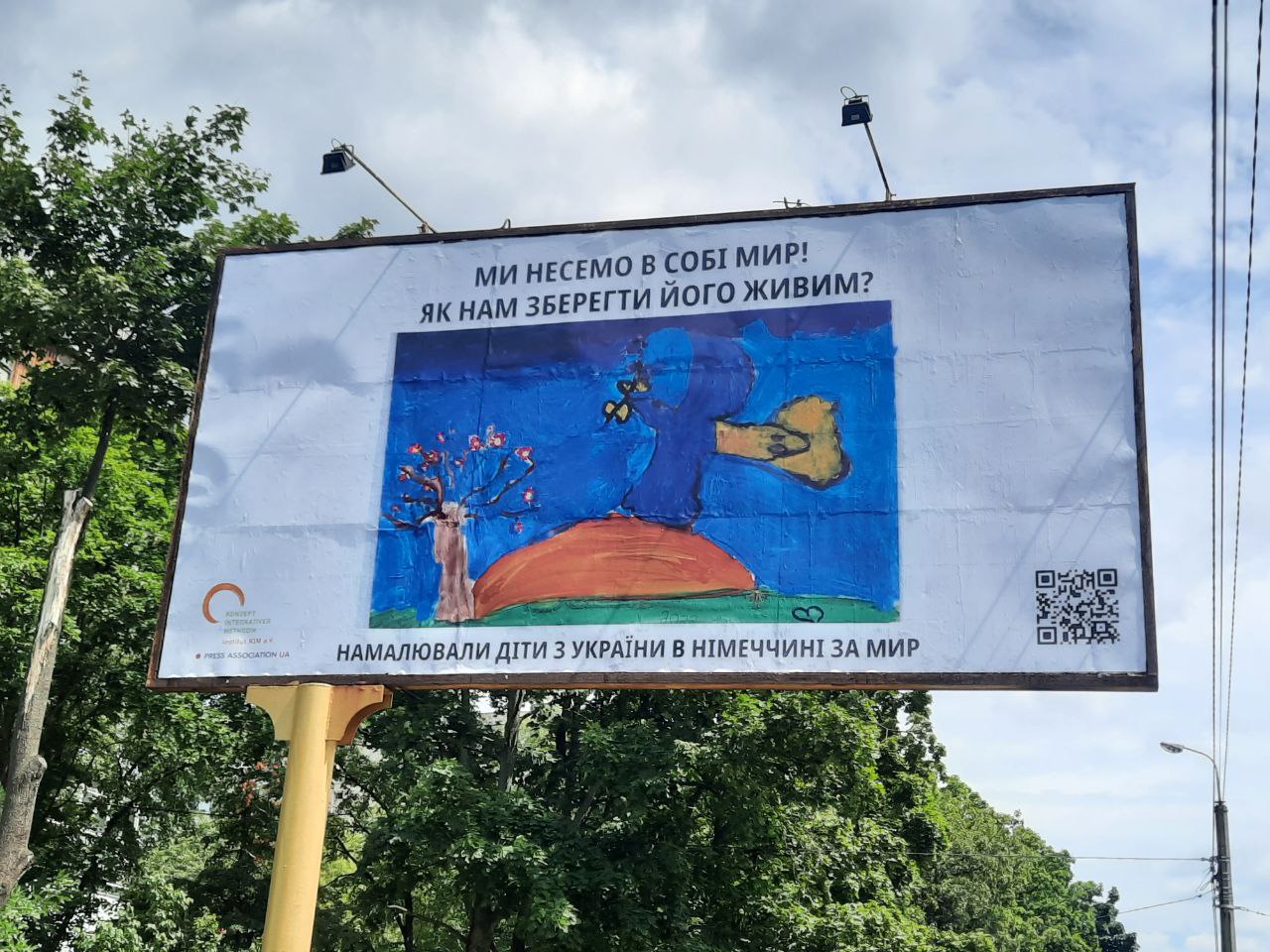 Since 2017, the German KIM Institute has been training consulting experts in solving psychological traumas in Ukraine according to the KIM methodology. After all, even before the full-scale invasion of russia, there were already more than two million internally displaced persons in Ukraine after the events of 2014. We are talking about people who fled armed conflicts in the east of Ukraine and Crimea, some of them suffered serious psychological injuries and needed urgent help from specialists. Now, talking about the fact that there are thousands of refugees from Ukraine in Germany, the initiators of the project want to transfer their experience in dealing with psychological trauma to interested assistants in order to be able to provide first aid to as many small displaced people as possible. In these difficult times, it is very important to help them cope with the terrible experience and adjust to a new life.

“To restore strength, the artistic principle of the Pictures4Peace project will be used professionally. This is achieved by the concept of integrative methodology, which has been presented in Ukraine since 2018 by Oleg Salomon, Liliya Drobit and Kateryna Ostrovska, a professor at Lviv University named after Ivan Franko. Specialists from 7 different regions of Ukraine were trained there at KIM. Sofia Samoilova, media representative of the KIM Institute, shot a documentary film about the concept of psychological assistance in Ukraine,” – says Reinhild Tsenk, psychologist, head of the KIM Institute in Wolfsburg, head of the psychosomatics department at the Wolfsburg clinic.

You can support the initiative financially and send donations using the details indicated on the official website of the Pictures4Peace project.

Where can you see the pictures?

The gallery with children’s images of peace can be seen on the official website of the Pictures4Peace project and even on outdoor advertising media on the streets of Kyiv, Ukraine.

“The Pictures4Peace project has another important PR goal. To raise morale and show Ukrainians how high the level of support of the population of other countries is for us. Even children are concerned about what is happening in our country today and are ready to express their support in the form of pictures. The fact that children from the most remote corners of the world understand the need to support Ukrainians, the importance of peace in the homes of Ukrainian children will be impressive,” – says Yaroslava Katolyk, co-founder of the PRess Association UA public organization.

How can Ukrainian children join the project?

In order for your children’s drawings to appear in the Pictures4Peace gallery, parents need to take a high-quality photo of the child’s thematic image and send it to the email: pressassociationua@gmail.com. The letter should include the child’s name, age, city and, if desired, a comment with words of peace to the picture.

IT Research Resilience: War’s Impact on Ukraine’s IT Industry
Helping displaced Ukrainians to find remote work – Upwork, Tent, Payoneer, and others have launched a charitable initiative 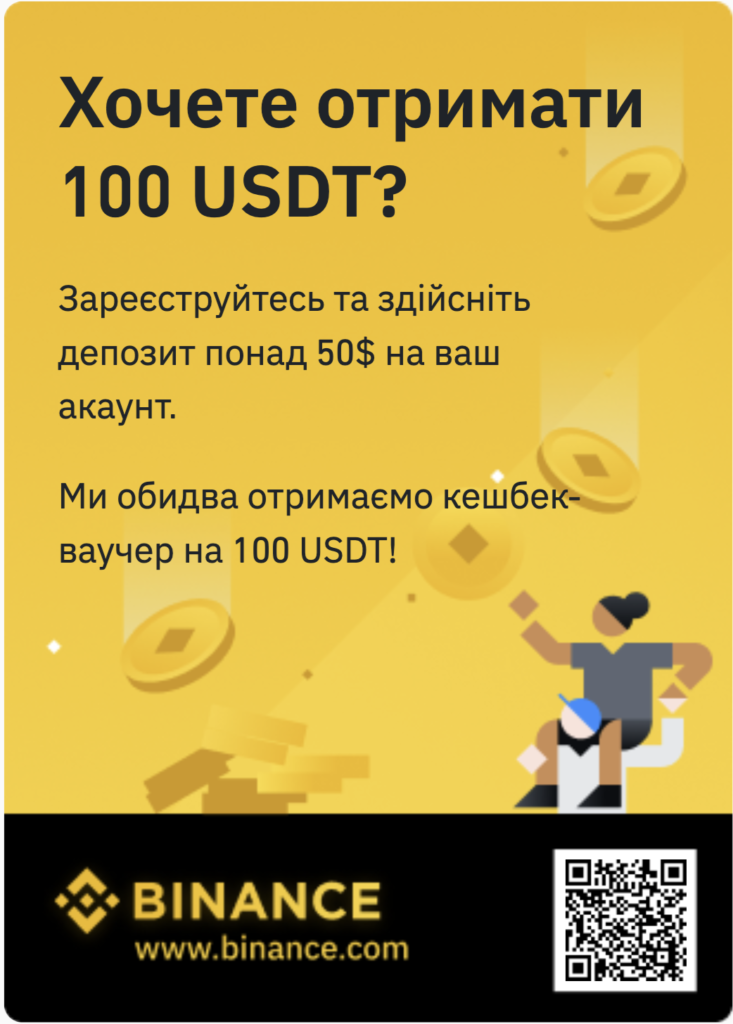